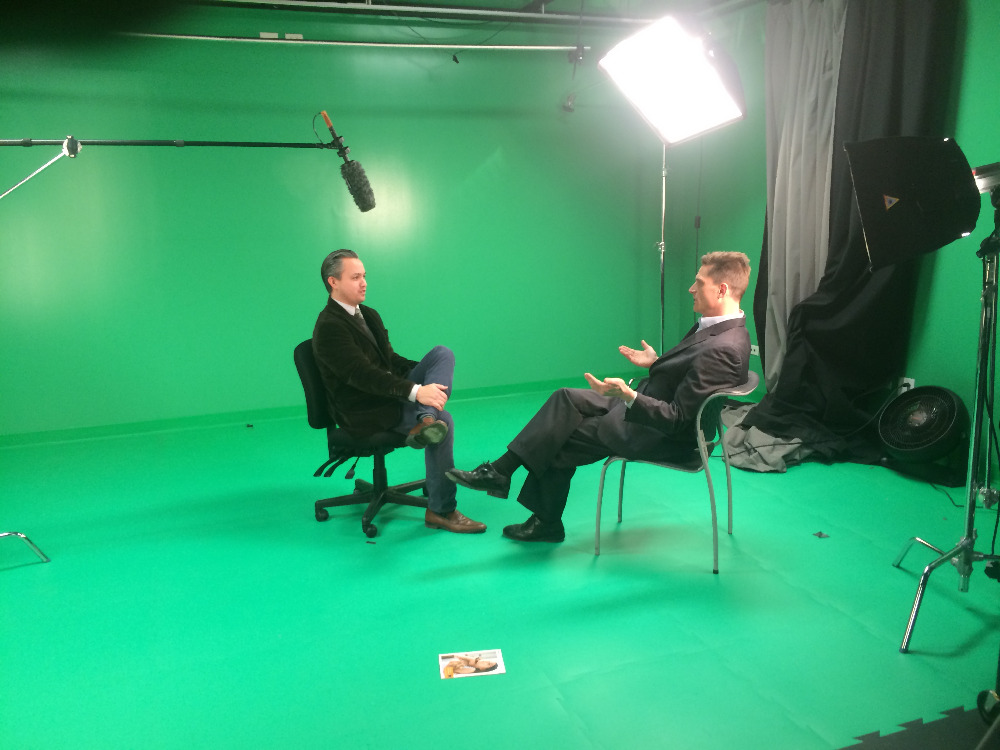 Michael Just finished an interview in the Chicago studio with Commodities Trader Mike Agne. He discussed the monetary dynamics of geoengineering and the entire global warming industry. This is an excellent introductory interview for the new film.

Michael Is in need of support to begin what he believes is his most important project in getting ongoing geoengineering programs stopped. As you might know, his films have been seen by millions around the world and have been instrumental in the mass awakening that is occurring around the world. Because Michael’s films have been made available for free on Youtube and other platforms, he is in need of funding to kick start his next project which will require travel, atmospheric testing equipment, and a production team to produce a professional quality funding trailer.

Michael stated that $15,000 will allow him to obtain enough information and footage to produce a professional funding trailer which in turn will allow him to move towards completing a full length feature film by the end of the year.

Because geoengineers are moving quickly to establish global legislation to make geoengineering legal, time is of the essence to start this project. Michael’s third film (name yet to be determined) will expose more agendas associated with chemtrail/geoengineering programs. Plans also include a call to action for a class action lawsuit of which he is now in discussion with attorneys. If this film project is completed by the Fall, it will also include a Call to Action for the public to attend a protest at the Climate Summit in France in December 2015.  Because governments are moving towards a global climate treaty, which is expected to take place during the France conference,

Michael feels strongly that 2015 is the year to move forward with his projects before geoengineering legislation is passed based on the issue of climate change. Please take time to help Michael kick start his next project and utilize his film-making gifts in this direly needed project. Bringing unity of purpose around legal action towards getting geoengineering stopped has never been more urgent.

Thank you for your support and as always, “Keep looking up!!!!!”